“When I began to work as an interviewer for Centropa in the spring of 2002, I did not anticipate the importance this work would have for me and my life in general. I interviewed 70 Jewish witnesses in Vienna who, using their family photos, confided to me their life stories. I was kindly accepted, allowed to ask many questions, and received many answers. Not only was I welcome into their apartments, after some time I also had the feeling of having found a large family.”
— Tanja Eckstein in her foreword to the book Once Upon a Time in Vienna

“There aren’t too many of them left, but less than a century ago – until 1938 – there were nearly 200,000 Jews living in Vienna. They worked as doctors, lawyers, police officers, teachers, they managed stores and taught at universities – just to name a few professions. For this large Jewish community, there were quite a few synagogues, about a dozen Jewish schools, rivaling youth groups and sports clubs, Jewish theater and publishing houses with newspapers in Yiddish, German, and Ladino, and more kosher butchers and bakers than you could count.”
— Edward Serotta in his foreword to the book Once Upon a Time in Vienna 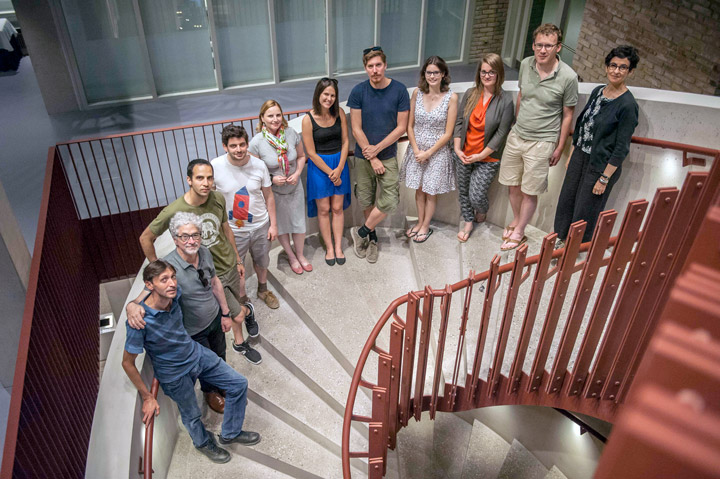 Centropa is a Jewish historical institute with headquarters in Vienna and additional offices in Budapest, Hamburg, and Washington, D.C. Centropa’s international team of historians, filmmakers, journalists, and educators dedicate themselves to the documentation of Jewish life in the 20th century.

Since the start of our project “Jewish Witnesses to a European Century” in the year 2000, we have digitalized more than 1,250 biographies and just under 25,000 family photographs. Centropa’s interviews have been conducted in Lithuania, Latvia, Estonia, Poland, Russia, Ukraine, the Czech Republic, Slovakia, Austria, Moldova, Hungary, Romania, Bulgaria, Greece, Serbia, Turkey and Germany.

The interviews and photos can be found on our Hungarian, English and German website. Centropa also distributes this material in the form of travelling exhibitions for museums and libraries, books and brochures, and, since 2007, as an educational project – Centropa Student – for schools in Europe, the USA, and Israel. At the heart of the educational program is the “Library of Rescued Memories,” a constantly changing collection of short films based on the photos and stories of our interview partners.

Further information can be found on Centropa’s website centropa.org.